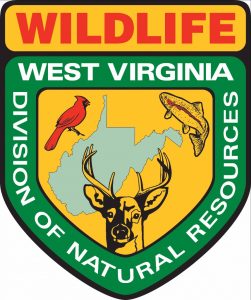 CHARLESTON, WV – Gov. Jim Justice has temporarily halted a plan by the West Virginia Division of Natural Resources for a controlled deer hunt at Chief Logan State Park and has ordered the agency to do further research on the proposal and report back to him within 30 days. In a recent statement the Governor stated –

“I have become aware of concerns being voiced in Logan County as it pertains to this limited hunting proposal for Chief Logan State Park and I have asked DNR Director Stephen McDaniel to do further study on both sides of this issue and report back to me within 30 days,” Gov. Justice said Friday.

“I am an avid outdoorsman and I want to be sure the DNR has looked at every facet of this, get all the facts and scientific research and then present it to me for consideration,” Gov. Justice added. “We want to make a decision that balances the interests of all sides.”

The deer hunt at Chief Logan State Park is a state-approved controlled deer hunt used to control deer populations and provides hunters the opportunity to hunt public access land. This hunt is under attack by anti-hunters. The anti-hunting group is working to persuade legislators to put pressure on the West Virginia Department of Natural Resources to cancel the hunt. Chief Logan State Park is located 50 miles south of Charleston, the state capitol.

While the department of Natural Resources has held firm in its support for the hunt, it is now obvious that the Governor is listening to the voice of the antis and now more than ever it’s important that sportsmen contact their state officials to show support for the hunt and the scientific management of wildlife in West Virginia. It’s essential that legislators are not led to believe that there is more opposition to the hunt than support. This is NOT just a fight for West Virginia Sportsman, all hunters need to let their voices be heard!

Those wishing to express their opinion can contact the Governor’s office via phone 304-558-2000 or at governor.wv.gov.​

Information in this article was collected from the Sportsmen’s Alliance, The Office of the Governor for the State of West Virginia and various local news sites.

Steven Rinella stands at a curious intersection in American culture. He’s an adventurer, a conservationist, a hunter, a TV host, a best-selling author with an MFA in writing, and a student of the history of […]

T.O. Episode 95 – Covid Catch Up and the OTG Challenge

In Episode #95, Nick and I catch up after a short hiatus. Between the Covid situation and how it has affected my day job and Nick chasing Turkeys we have been a few weeks since […]

In Episode #36 Thom re-joins me as my “Co-host at large” and we sit down for a great conversation with Terry Green, founder of TradGang. The TradGang forum has long been recognized as THE forum […]